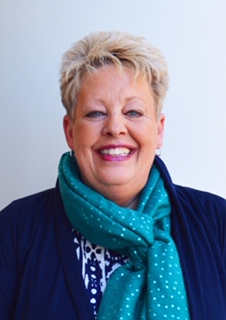 Jennifer attended Central Michigan University where she became a member of Phi Mu Fraternity and received her Bachelor of Science degree in Interpersonal and Public Communication.  After graduation she attended Eastern Illinois University for a Master of Science degree in Education specifically in Guidance and Counseling. Jennifer began her higher education career at Central Missouri State University as the Coordinator of Greek Life, moved on to Arizona State University where she served as the Fraternity/Sorority Life Advisor for two years.  She then moved to the University of Arizona where she was the Director of Fraternity/Sorority Life for 5 years.  Meeting her husband Brian at the University of Arizona, they decided to move closer to home and came back to the Midwest where Jennifer served as the Assistant Dean of Students for Greek Life, Leadership Programs and New Student Orientation at Valparaiso University.  After 15 years at Valpo, she moved on to Ball State University as the Assistant Vice President for Student Affairs and Director of Student Life before coming to Southern Illinois University as the Dean of Students. Jennifer has been involved in many Fraternity/Sorority Life professional associations and served as the President of the Association of Fraternity/Sorority Advisors in 1999, Chairman of the AFA Foundation 2000-2004 and continually gives back to the National Order of Omega as the Case Study Competition Coordinator at regional conferences.